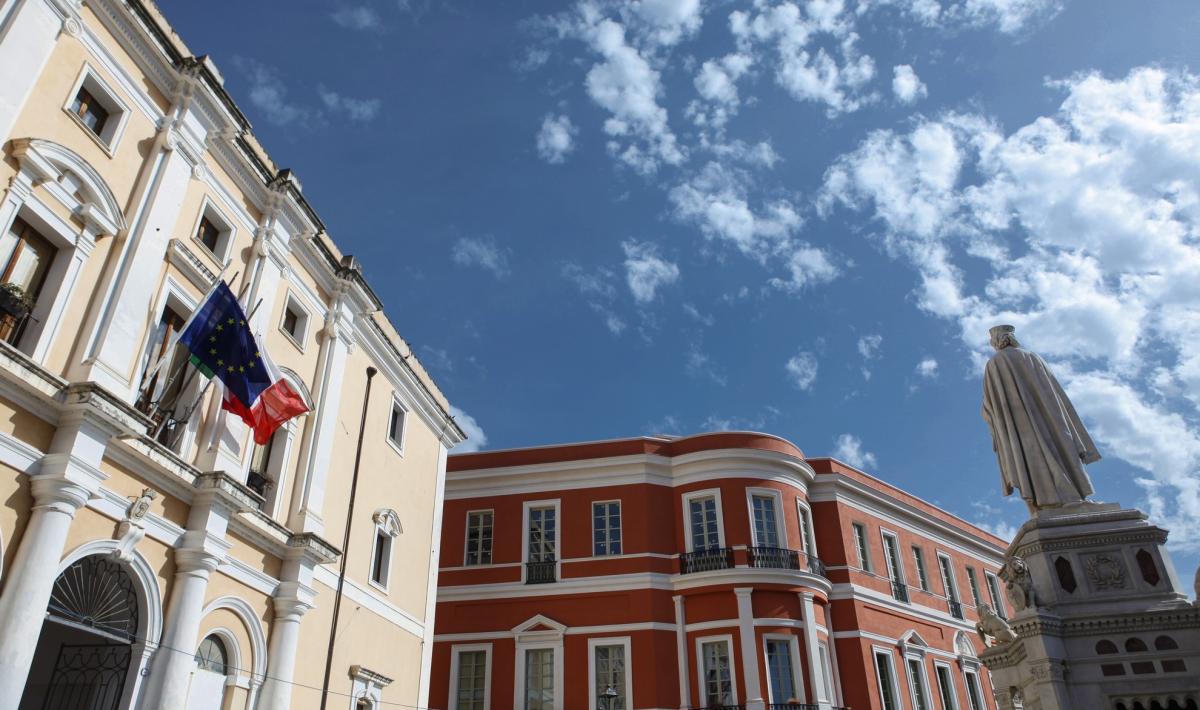 One of the greatest expressions of nineteenth century civil architecture in Sardinia is located in the old town centre of Oristano, in the central-western part of the Island
© OpenStreetMap contributors

Its unmistakable brightly-coloured neoclassical façade, stands in Piazza Eleonora d'Arborea, one of the most beautiful in Oristano, in the centre of which stands a statue of the 'Giudicessa' (local ruler). Palazzo Corrias Carta dominates the eastern side of the square at the junction with Corso Umberto I, with its elegant and rigorous style, blending perfectly with the noble character of the building. It was built at the behest of Giuseppe Corrias, as a family dwelling, just after the middle of the 19th century, based on a design by Gaetano Cima, who was also responsible for the neoclassical church of San Francesco d'Assisi. Thanks to the famous architect, it is the most valid testament to nineteenth century religious architecture in Oristano and the building also represents, on the other side of the square, a great example of civil construction. The two buildings have in common their neoclassical morphological repertoire and the great care and attention focused on their insertion into the urban context.

This work, completed in 1874, has the typical decoration of the noble palaces of the period and confirms Cima's simplicity and practical approach. It consists of two buildings joined together by a circular element. The lines are designed to create a balanced and homogeneous façade in which the rounded corner that softens and separates the two parts of the building has been skilfully inserted. This cylindrical space also has town planning value, as it is a connection and creates continuity between the areas of the city that the buildings overlook. Its exterior is elegant while on the inside there are precious frescoes and unusual decorations created by Giovanni Dancardi and Davide Dechiffer, as well as original classical decor dating back to a period between the end of the 19th and the beginning of the 20th century.

Piazza Eleonora is the site of other important historical buildings in Oristano, like Palazzo degli Scolopi, also in neoclassical style, once a Jesuit convent and now the site where the Municipal Council is located. Every year, one of the most famous events in Sardinia passes through this square: Sa Sartiglia. Nearby, you will discover other historical buildings and monuments, like the Cathedral of Santa Maria Assunta, and the Tower of Mariano, the most majestic of the ancient medieval fortifications in the city.

The building represents the greatest example of nineteenth-century Sardinian construction, a model for subsequent civil buildings, located in the beautiful old town centre of Oristano