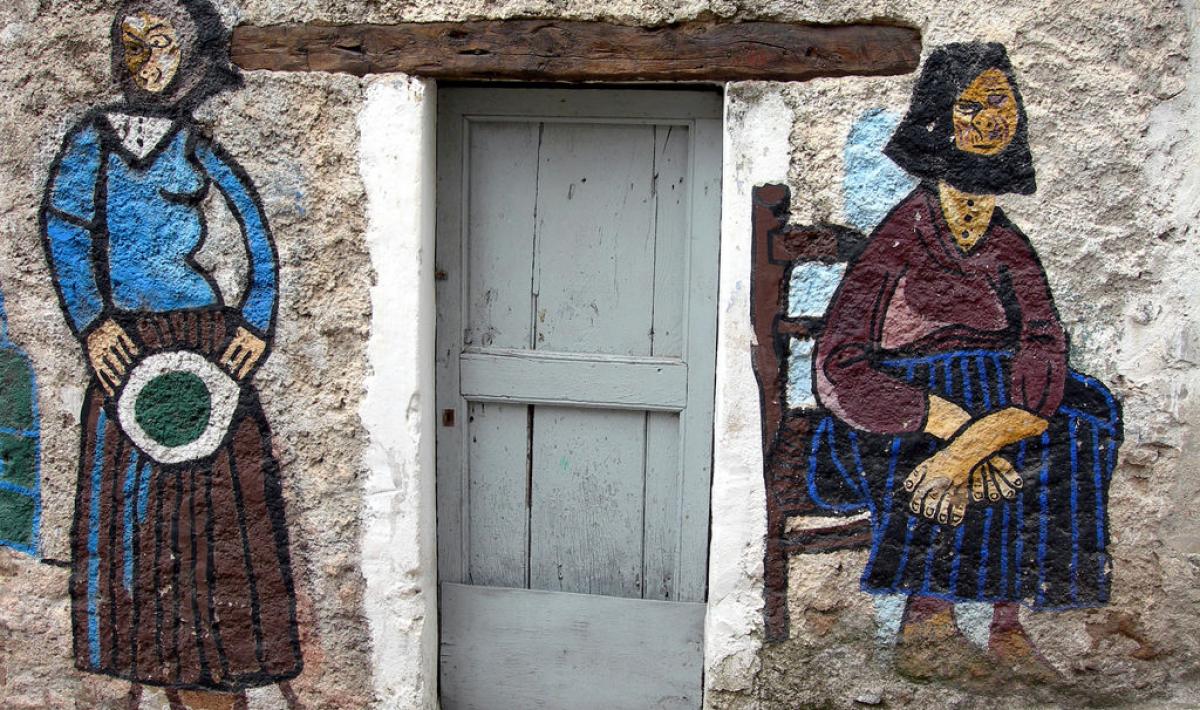 The story of a people told on the walls: in the heart of the Supramonte area, a trekking paradise, a few kilometres from Nuoro, a town in the Barbagia area offers glimpses of an ancient and timeless Sardinia, surrounded by unspoilt nature

A cradle of archaic traditions, Orgosolo reveals a deep bond with its roots: it is the land of the Canto a Tenore (Polyphonic folk singing), proclaimed a UNESCO World Heritage Site. Inhabited since prehistoric times, as can be seen by the domus de Janas, tombs of the giants and the Su Calavriche, Mereu and Gorropu Nuraghi, at the end of the 19th century, the village became known for banditry. Film director Vittorio De Seta, in the film entitledBanditi a Orgosolo (Bandits of Orgosolo - 1961), describes the bitter fight to defend the lands confiscated by the State.

During the twentieth century a cultural ferment developed, Muralism, which is still active and the origin of which was a tool of protest. Little lanes and stone houses are enriched by beautiful paintings, which have made the village internationally famous. Many artists have contributed to the creation of a real outdoor museum: hundreds of murals colour the streets and tell the story of traditions, culture and deep dissent.

Supramonte di Orgosolo features breathtaking landscapes. One of the paths leaving from the village leads to the Su Suercone sinkhole: where the land has created a chasm 200 metres deep and 400 wide. One of the natural monuments is the Gorroppu canyon, a long stretch of which is accessible: with walls 450 metres high, it is one of deepest in Europe. A walk in the forest of Montes is a must, to visit the sospinnettos, ancient shepherds' huts.

The village is famous for Su lionzu, an elegant bandage that frames the faces of the women dressed in traditional costume. Rare silk threads are used for the warp - the silkworm is bred in this area - while saffron is used to colour the weft.

There are two important dates to remember: on the 15 August "Ferragosto" holiday, an unbridled horse race takes place through the centre of Sa Vardia 'e mes'Austu, while mid-October sees Autumn in Barbagia, when the restaurants and accommodation facilities focus on the flavour of sapurpuzza, meat cooked according to an ancient recipe.

A walk through the streets of the village leaves you engrossed in a silent reading of the emotions frescoed on the walls and accompanied by the traditional Canto dei Tenores. 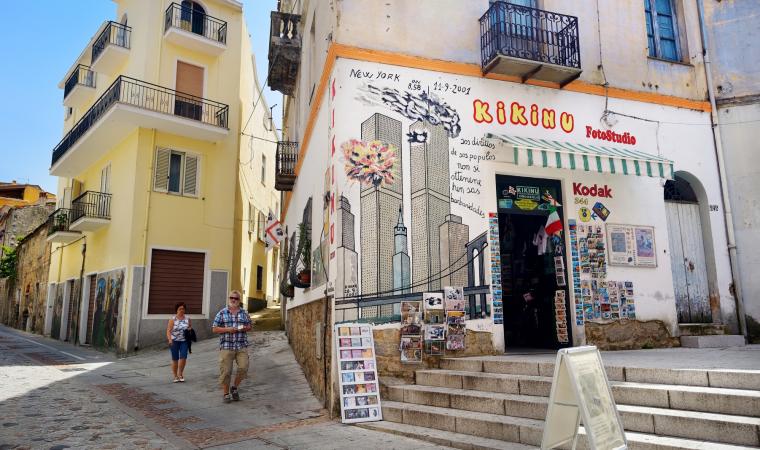 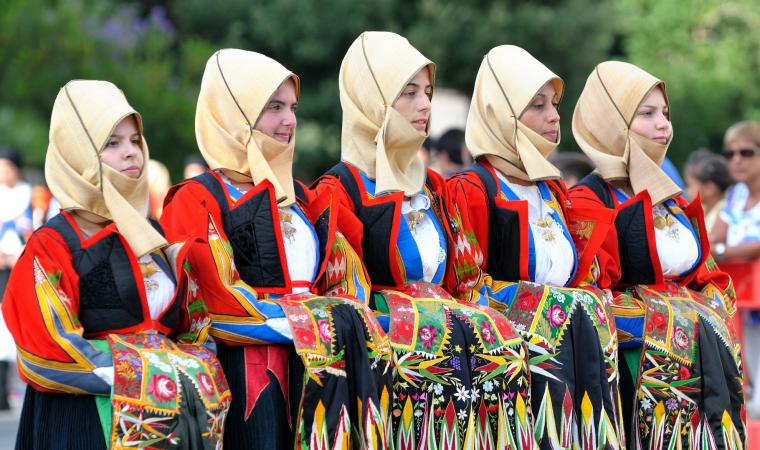 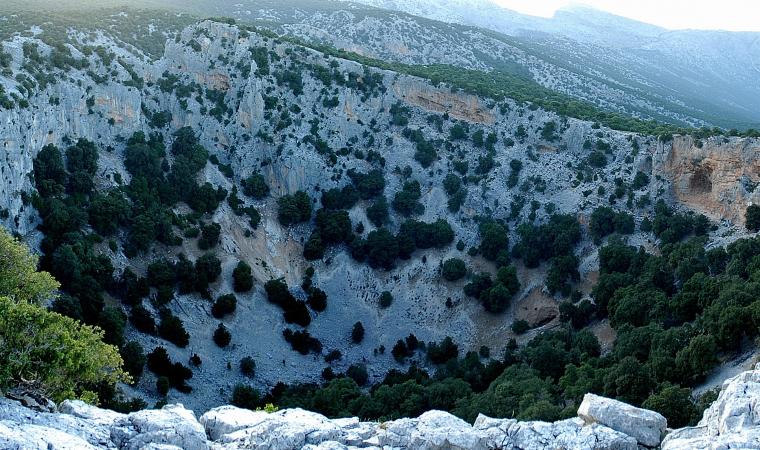 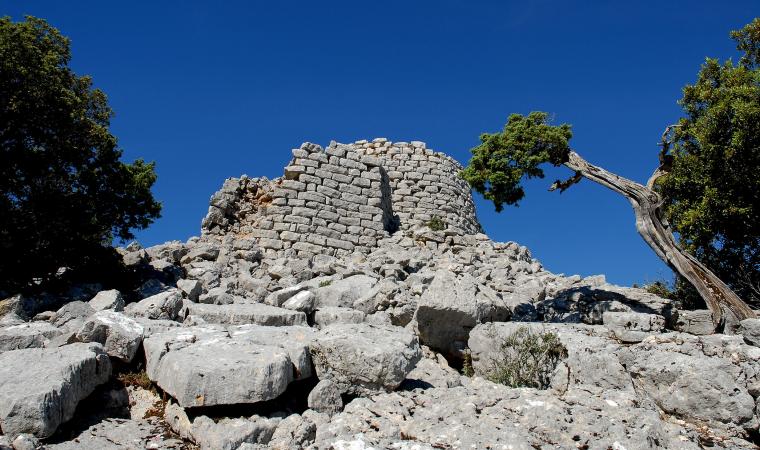 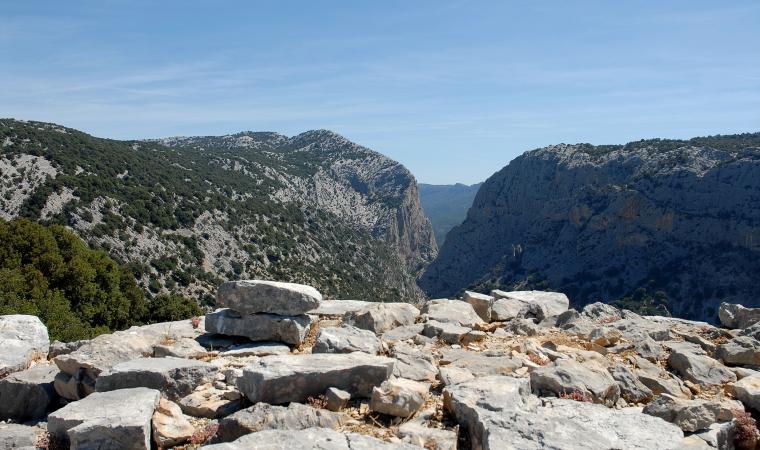 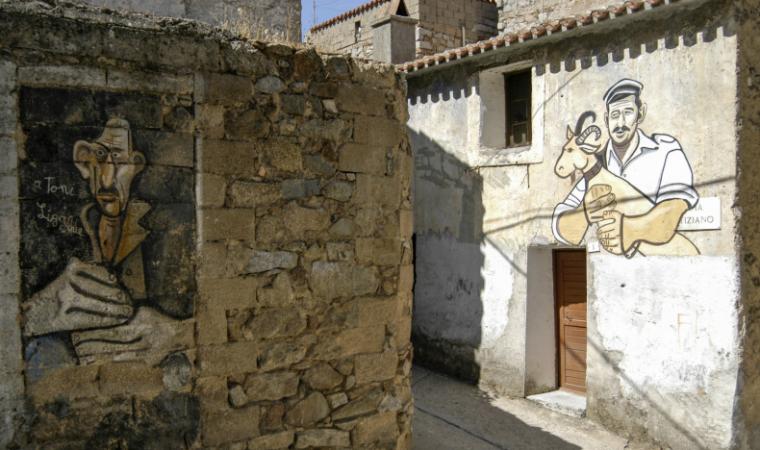