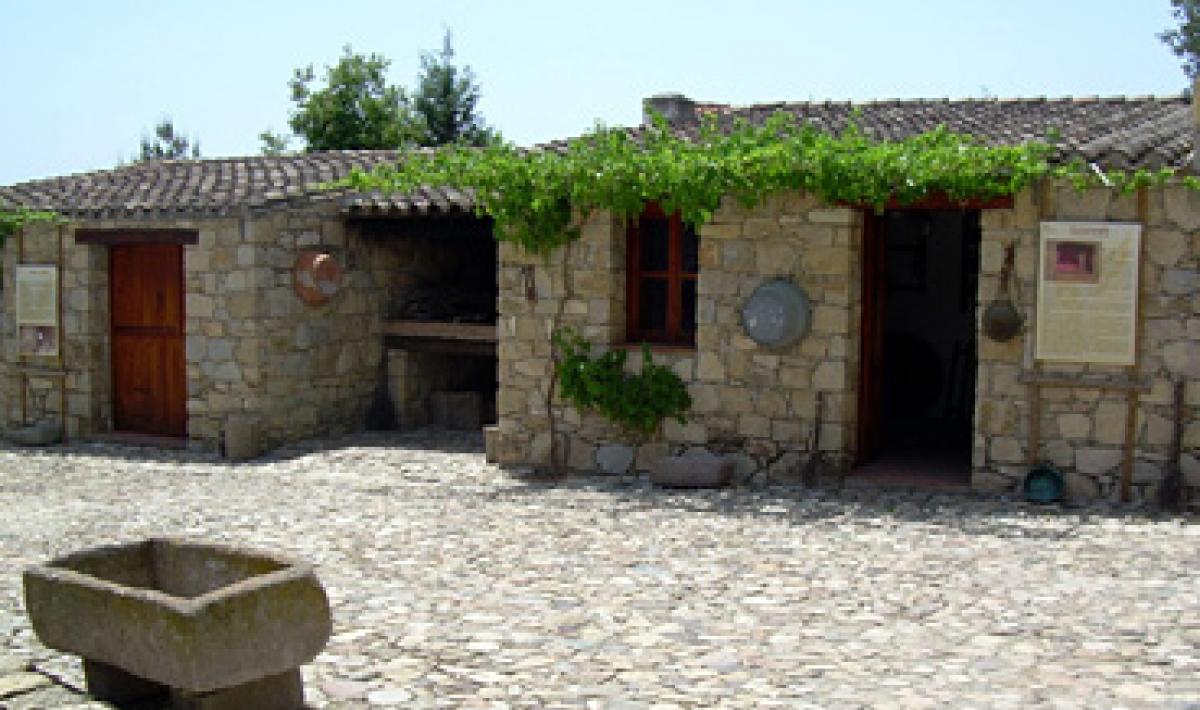 On the main street of Ortacesus, leading to the nearby village of Guasila, stands a country house, with typical layout with an internal courtyard, which once belonged to the Serra family, and today is home to the Wheat Museum. The museum was designed to record the traditional farming methods and uses of wheat. The setting could not be more appropriate: Trexenta, the region in the heart of which lies the village of Ortacesus, has been the land of choice since antiquity for the cultivation of durum wheat. The museum's documentary value stems especially from the wealth of objects and materials on display, all sourced in Ortacesus and neighbouring villages, thanks to the cooperation of the local people, who have happily donated objects and tools to support this folk heritage project. A distinctive feature is the division of the various areas in the house according to gender-based specialisations: so we find sections with objects that were traditionally the preserve of either men or women. They are the tools once used for work in the fields, bread-baking and weaving. One room is dedicated to the showing of a video on wheat sowing, growing and harvesting, made in the early 1960s by Danish ethnomusicologist Weis Bentzon, who spent time in Trexenta on a field study on the 'launeddas'. And part of the museum is devoted to maestro Dionigi Burranca, a famous player of 'launeddas', who lived for many years in Ortacesus, where he died in 1995.

The guided tour of the museum, led by writer Claudia Melis, manager of the Wheat Museum, ends with a tasting of the main local types of bread, made according to tradition. The educational experience includes workshops on the production of bread, earth bricks and on local food specialties. The aim is to engage visitors in the rediscovery of traditional crafts and flavours. Among the most interesting items on display is a wheat mill wheel made of wood instead of stone.