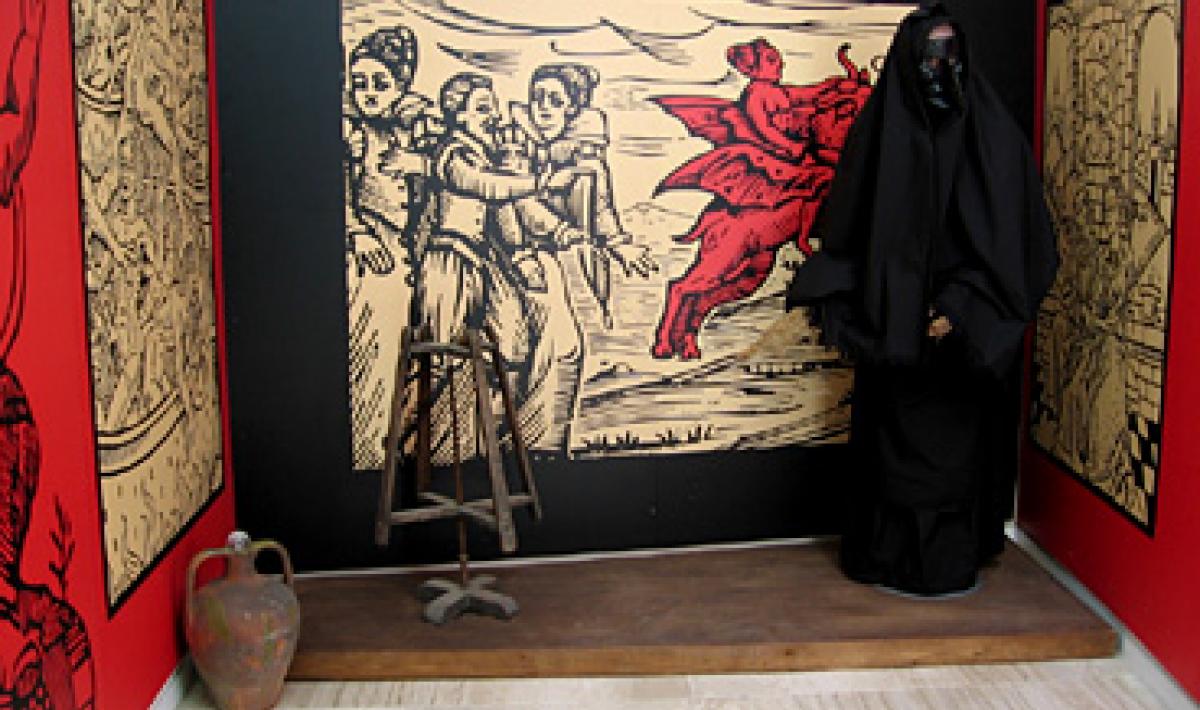 The S'Omo 'e sa Majarza Museum ('The Witch House') in Bidonì, in the restored old Town Hall building, focuses on sorcery, the devil and the fantastic creatures of Sardinian legends. A fascinating theme, addressed with a historically detailed and fascinating approach.

Extensive research led to the selection of xylographic prints of witches and devils, dated between the 14th and 16th centuries, which are emotionally involving and lead visitors into the world of folk beliefs and the most terrible spells and curses. The museum, the only one on this theme in Sardinia and one of a handful in Italy, follows a route that starts from the Roman deities of the netherworld and reaches the period of the Catholic Inquisition and the 'Malleus Maleficarum', the treatise written in 1486 which became the guide for the prosecution of suspected witches. The 'Malleus' provided the theological foundations for the cruellest tortures, which brought a terrible death to thousands of innocents, especially women, accused of practising withcraft and casting evil spells. The museum takes visitors on a journey through time and space, into a fantastic dimension of ancient stories, tales of the 'janas' (mythical creatures of the Sardinian tradition), goblins, devils and witches, building up an atmosphere of magic, fascination and mystery. The museum exhibits amulets and charms against the evil eye, potions and incantations against many diseases and evil spells such as 'sa mixina de s'ogu' and 'sos fattuggios'. In a corner, we suddenly come across the disquieting figure of 'sa Filonzana', a woman clad in black holding a spindle symbolising the thin thread of life which might snap at any time.

One of the museum's most striking attractions is the reconstruction of the den of a 16th-century Sardinian sorceress, named Julia Carta from Siligo, who was emprisoned from 1596 to 1606 and placed under torture in the Inquisition's jail in Sassari. Another fascinating item is 'su carru de sos mortos', a cart which, according to folklore, would creakingly bear the souls of the dead on their last journey. As the cart could only be seen by those who would die within one year, even just mentioning its name would cast fear into people's souls.