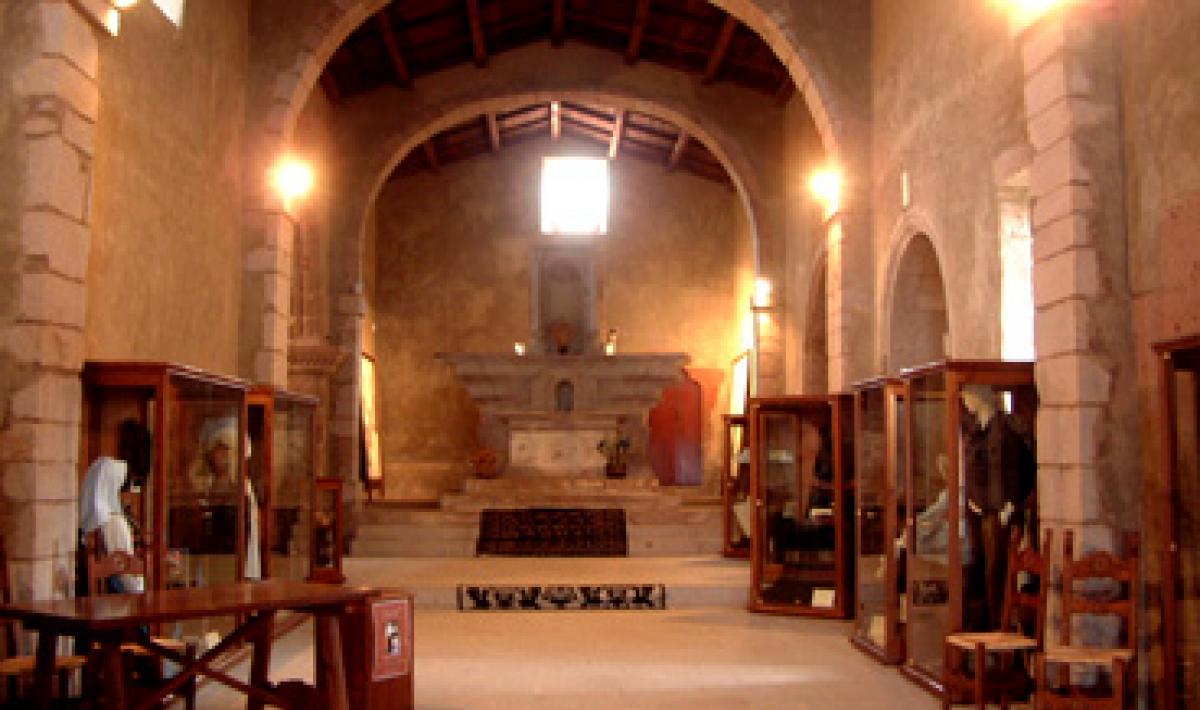 The museum is in Busachi, in the de-consecrated Church of San Domenico, a charming 16th century building which once belonged to the Dominican monastery and for this reason is popularly known as the "Cunventu".

The main themes of the exhibition are the traditional folk costumes and tools and implements for traditional linen spinning and weaving.

Busachi has a deep-rooted tradition of folk costume making and use, and is one of the few villages in Sardinia where you can still see people wearing traditional costumes as part of their daily life.

The museum visit starts with a description of the local production and use of flax and other fibres, and then moves on to the traditional spinning and weaving processes yielding the fabrics employed to make traditional clothing for daily use and for celebrations. The museum displays the clothes used for all major life events, including feast days and special celebrations, but also for mourning, the simpler daily use clothes, and the garments made for infants, children and teens. Ancient items of clothing in orbace and panno (coarse woollen cloths), shirts in cotton and linen, bodices in brocade, silk and velvet, strictly hand-made, are fascinating evidence of the artistry of the village women, who have carefully perpetuated their skills along the centuries passing them down to the next generation.

The whole linen production cycle is also traced, from the flax blossom to the final garment, describing each step of the process.

Up to the mid-20th century, this village of the Barigadu district was the island's main centre for the flax and linen industry, from flax growing to linen production and sale. The linen from Busachi was known to be the best on account of the quality of the land where it was grown, which was wet and fertile. The museum shows the whole cycle from flax-growing to the production of exquisite linen items, displaying the tools and equipment used at each step of the process: the wooden plough for preparing the ground, the club and brake for the beating and the defibration of the stalks, the comb, the distaff and spindle, the reel and the spinning wheel, the winding frame, the warper and the loom.

The exhibition fittingly ends with a display of a number of hand-made linen products, including some finely embroidered items.