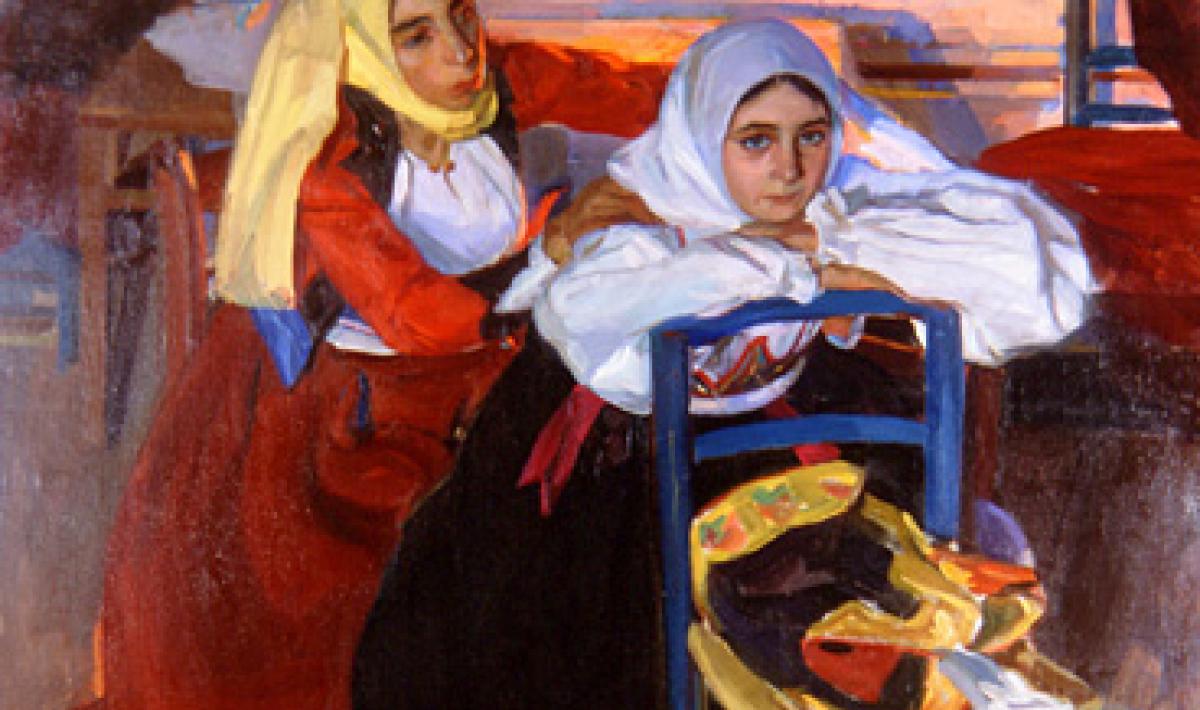 The museum is in the historic centre of Atzara, housed in a fully restored 19th-century building.

It occupies three floors and has three sections: a historic section, consisting of a photo gallery of the village in the early decades of the 20th century, an art gallery with works by foreign, Italian and Sardinian painters and, lastly, an area for temporary exhibitions.

One might wonder at the presence of a modern and contemporary art museum in a small village in the Nuoro countryside: its roots go back to the early 20th century, when Atzara was visited by three Spanish 'costrumbrist' painters: Eduardo Chicharro Agüera, Antonio Ortiz Echagüe and Bernardo De Quirós, drawn there by the local folk costumes and traditions. Atzara, which had already a vibrant intellectual and cultural life, thus became the centre of a local painting style, inspired by the Spanish example, attracting important Sardinian artists who spent time there. Some of the best-known names are Francesco Ciusa, Antonio Ballero, Giuseppe Biasi, Filippo Figari, Mario Delitala, Carmelo Floris and Stanis Dessy.

Besides featuring a notable collection of 20th-century paintings, the museum has an interesting group of contemporary paintings, donated by collectors, artists and public institutions. The best known work is certainly the painting by Antonio Ortiz Echagüe 'Donne di Sardegna', which the museum has on loan from the Regional Ethnographic Institute.