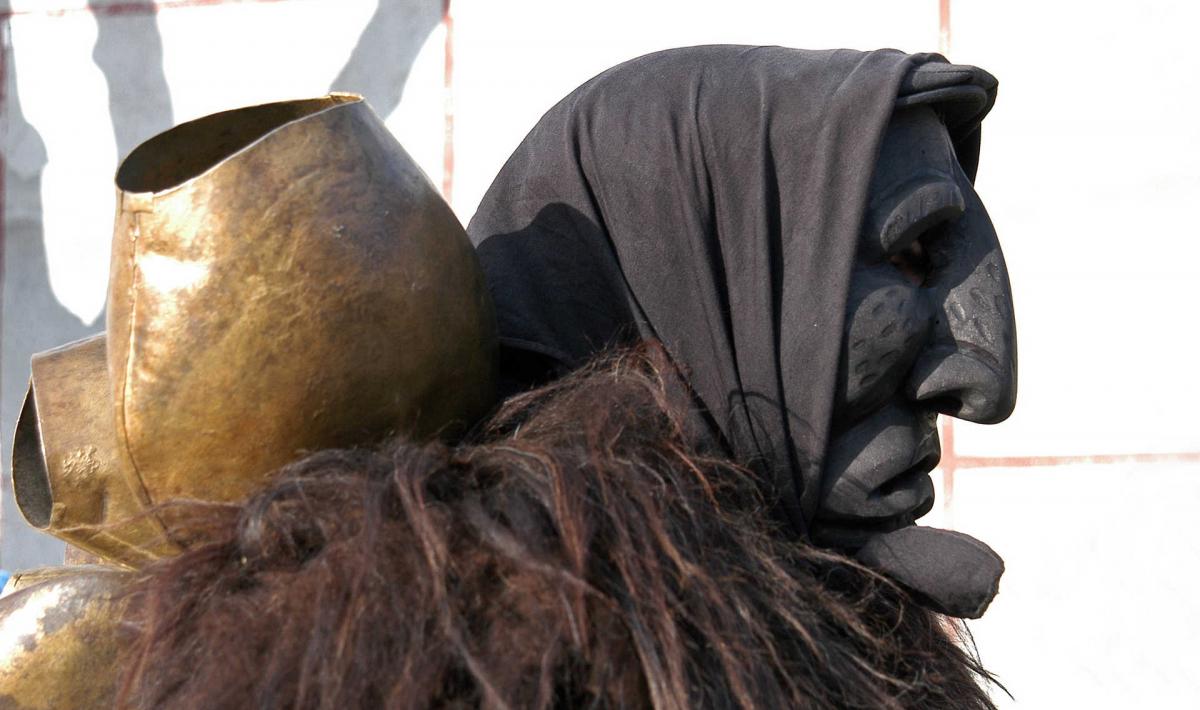 Tradition and passion in the centre of Sardinia: a hospitable village 16 kilometres from Nuoro will enchant you with its wine, culinary delicacies, ancestral rites and engaging festivals
© OpenStreetMap contributors

A myriad of springs and streams feed lush forests, pastures and vineyards, where the excellent cheeses and wines come from for which the towns of Mamuthones and Issohadores are famous. Mamoiada is a welcoming town of 2500 inhabitants in the heart of the Barbagia di Ollolai area, on the border between Gennargentu and Supramonte. 'Shepherds' paths wind through the hillsides, once used to move the herds each season, and now trekking and biking itineraries. During your excursions you will come across sos pinnettos, ancient buildings in stone and wood, where the shepherds produce 'fiore sardo', ricotta, sa frughe and casu martzu, delicious spread on carasau, whose preparation is a family ritual. The intense scents of vines perfume the air in the gentle granite hills around the village. The local vineyards use the grapes to produce the renowned cannonau and granazza. The cuisine is of agro-pastoral tradition. A good opportunity to discover it is Tapas, a November event that is part of the Autumn in Barbagia where you can enjoy hams, maccarrones de busa, bread frattau, roast suckling pig, boiled mutton, broad beans with lard and su sambeneddu. The art of pastries and baking is linked to festivals and holidays, such as the typical orulettas and s'aranzada.

The striking Mamoiada carnival is one of the oldest folk celebrations on the island, attracting visitors from all over the world. The protagonists are the Mamuthones, wearing a black mask with exaggerated features carved from valuable wood, and wearing sheepskins on which they load thirty kilos of bells (sa carriga). At each step of the procession, they create deafening sounds. The rhythm of the ancestral dance is marked by Issohadores in an elegant red bodice and white mask. Their name comes from the soha, a rope that they use to lasso spectators. The first time they appear is on January 16 for the bonfires of Sant'Antonio Abate, marking the beginning of the carnival: propitiatory rites are held around the bonfires lit in the historic quarters. The viseras, created by 'maestri del legno', are exhibited in the Mediterranean mask museum, where you can find out about costume traditions that are typical of agro-pastoral communities and related to various ancient Mediterranean civilizations. The collection also contains masks from other towns in central Sardinia and a Mamuthone from the early 19th century. The carnival events are staged in the historic centre of a town set at 650 meters above sea level, characterized by narrow and intricate alleys overlooked by granite houses. To learn more about the customs, traditions and industry of the town, you can visit the museum of culture and work. Walking through the alleys you will come across the church of Nostra Signora di Loreto, possibly dating from the middle ages and rebuilt at the end of the 17th century with a dome full of frescoes. It is called Loreto de bidda to distinguish it from the church of Loret'Attesu, where the Madonna della Neve festival takes place. A suggestive rural sanctuary, surrounded by a village of 50 small houses for pilgrims (cumbessias), is dedicated to the Byzantine cult of Saints Cosma and Damiano.

A walk in the countryside will also reveal an extraordinary number and variety of prehistoric monuments. Dolmens, pedras fittas (menhir) and around 40 domus de Janas, known here as concheddas, date back to the Neolithic. Particularly noteworthy is sa Conchedda Istevene, three kilometres from the town: a complex of six tombs dating back to 3200-2800 BC dug on a rocky outcrop, some set along the corridor, main rooms and cells, and others more similar to niches. One preserves rare symbolic elements (a bull’s head, engravings and cupels) in the Nuoro domus. On the outskirts of the village you will find one item that is unique on the island: sa Perda Pintà (the painted stone), also known as Boeli's stele, an enormous granite slab more than two and a half meters high, decorated with concentric circles, hooked sticks and cups, similar to prehistoric Celtic sculptures. The symbols are linked to the fertility cult and the death-rebirth cycle. The 32 Mamoiada nuraghes, among which the Arràilo stands out, dot the most fertile areas, surrounded by traces of villages and Giants' tombs. In Roman times Mamoiada may have been known as Manubiata (guarded), a station along a military road. Two historic districts confirm this conclusion: on 'Astru (castrum) and on ' Antaru vetzu (old spring).

This is a town known for its wine, orulettas pastries and traditional masks: allow yourself to be charmed by the heart of Sardinia in a picturesque natural setting 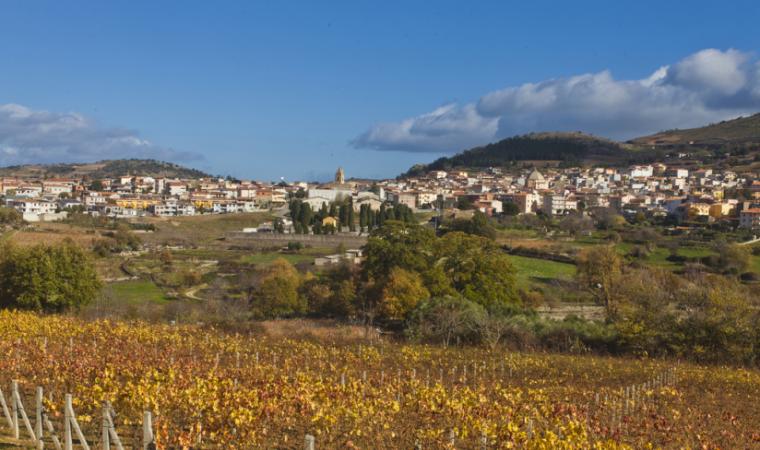 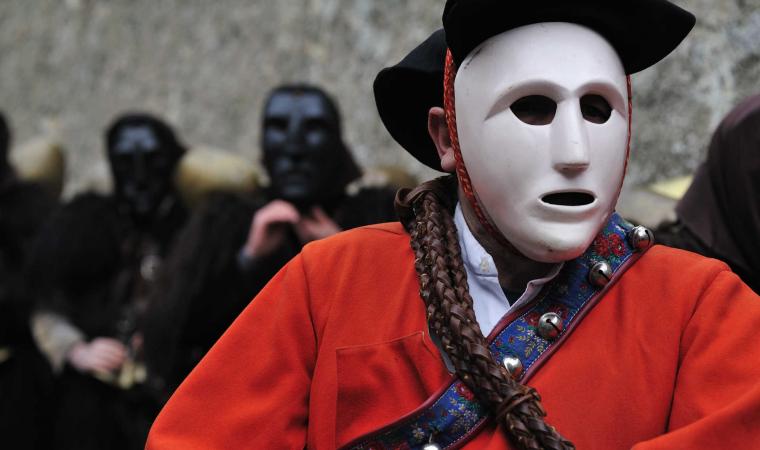 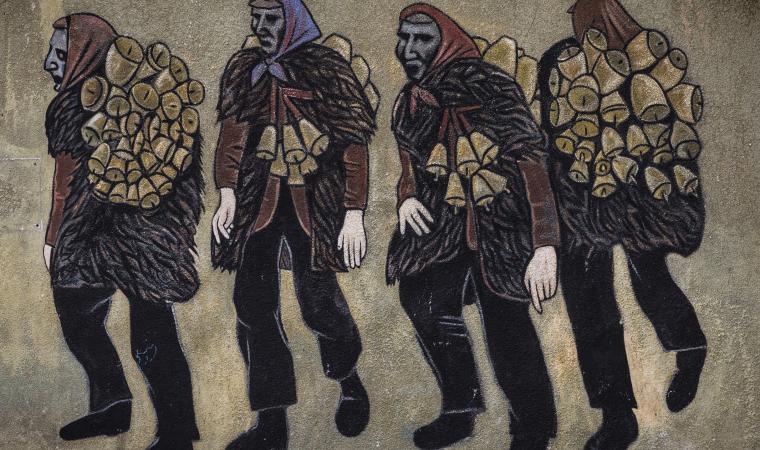 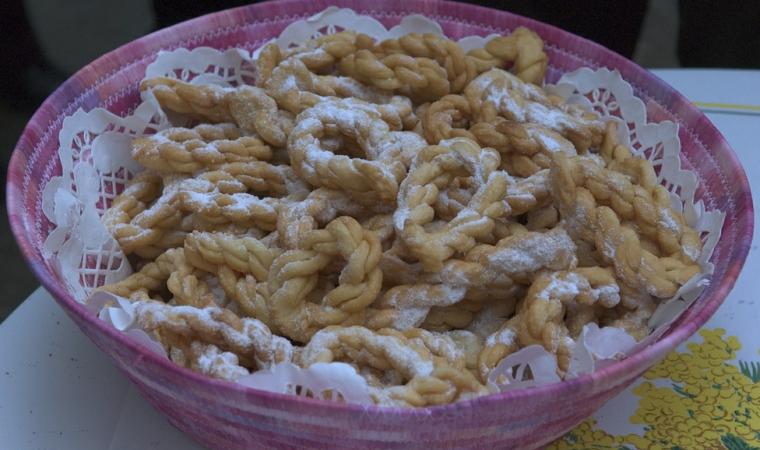