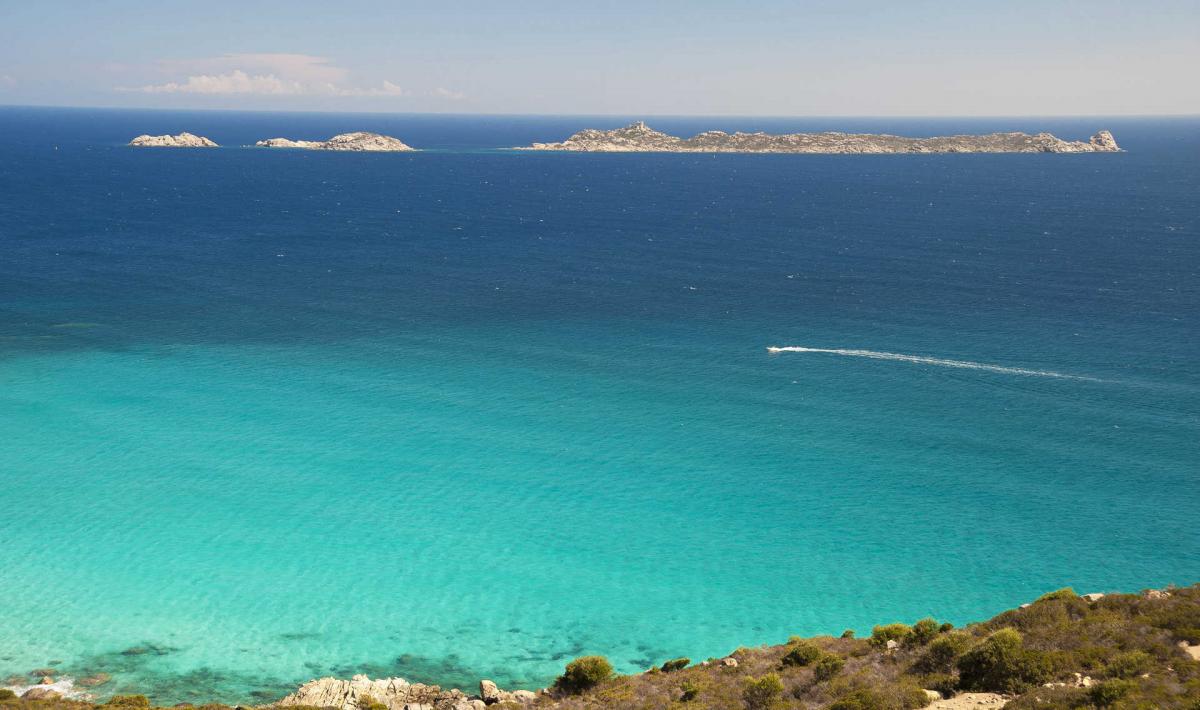 Small but abounding with nature, facing the Sarrabus coastline, in the far south-east of Sardinia, there is an island with rocky shores that look vaguely like a serpent.
© OpenStreetMap contributors

A small island of granite rock that probably owes its name to its long, sinuous shape. Serpentara is four kilometres off the beaches of Villasimius, in whose territory it falls. The 134 hectare area is uninhabited, populated by wild rabbits among lush and scented Mediterranean brush, along with herons, Corsican gulls and shags who nest here. It is common to spot dolphins along its coasts.

In the northern part are the Variglioni, large granite rocks that form natural swimming pools in the sea, perfect for taking a dip. At the southern end of the island are yellow, grey and pink granite masses sculpted by the wind. The island's easiest access point is Calettad'Approdo, to the north-west. On the highest point (about 50 metres) stands the Torre di San Luigi, built during the Spanish domination to watch for the Saracen ships that infested the coasts of Sarrabus. From the peak, you can admire the whole south-eastern coastline. You can reach the island by private boat trip or organised excursions from the port of Villasimius. Sailing, fishing and diving are all regulated in the Capo Carbonara protected marine area, which Serpentara is part of along with the nearby Cavoli Island, around 1 kilometre away. The island is a designated site of community interest thanks to its protected bird and sea life.

The territory of Villasimius, a jewel of Sardinian tourism, offers an infinite quantity and variety of coastal pearls. Starting from Capo Boi, the southernmost tip of the protected area, along the panoramic road, you'll find the splendid beaches of Porto sa Ruxi, Campus and Campulongu, all characterised by their clear blue sea and dunes of fine white sand. Near the town is the stunning Riso beach, while beyond the modern-day marina are a series of coves, including Cala Caterina. On the eastern side of Capo Carbonara, be prepared to discover some breath-taking places: Porto Giunco,with the stagno di Notteri behind it, and heading northwards, Simius and Is Traias, Rio Trottu and Manunzas, beaches set around the spectacular Punta Molentis. Nearby you can also delve into prehistory, at the necropolis of Accu is Traias and that of Cruccuris. 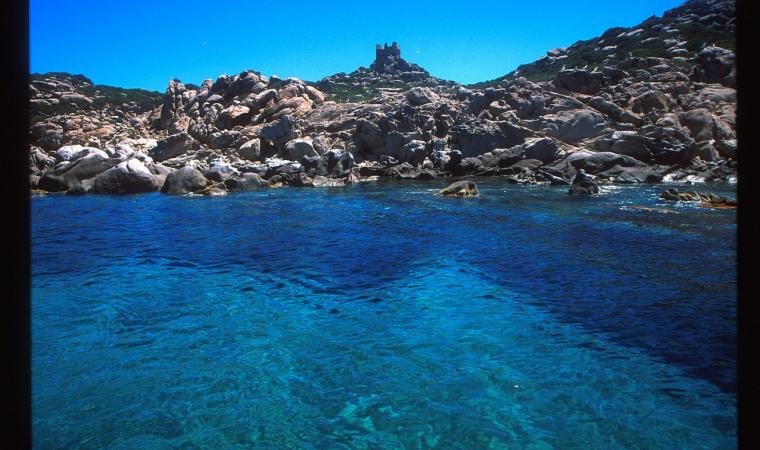 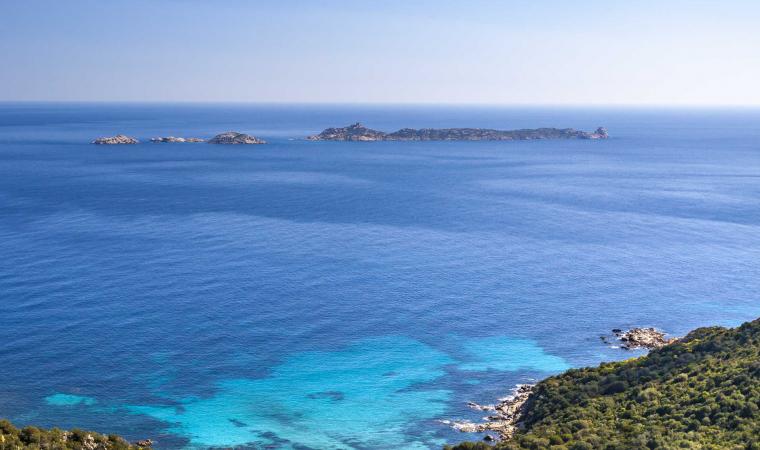 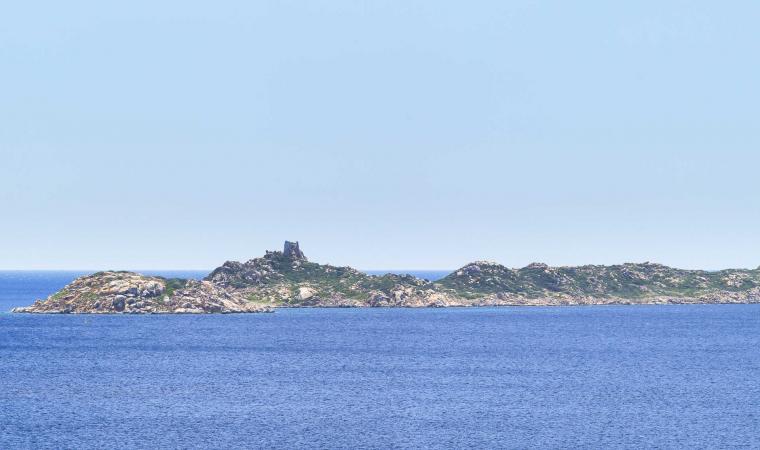 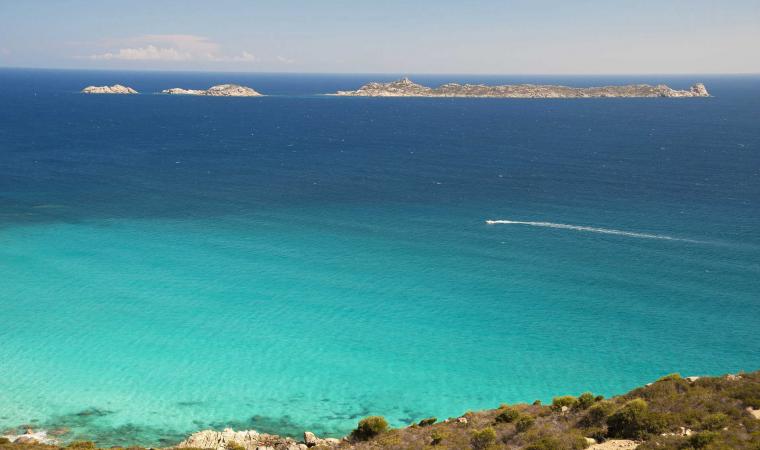 It is possible to reach the island with small boats or by going on the numerous excursions organised from the tourist harbour of Villasimius. 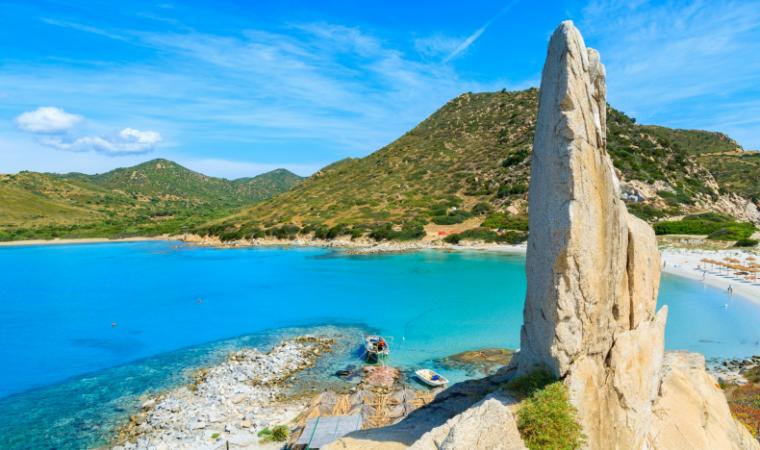 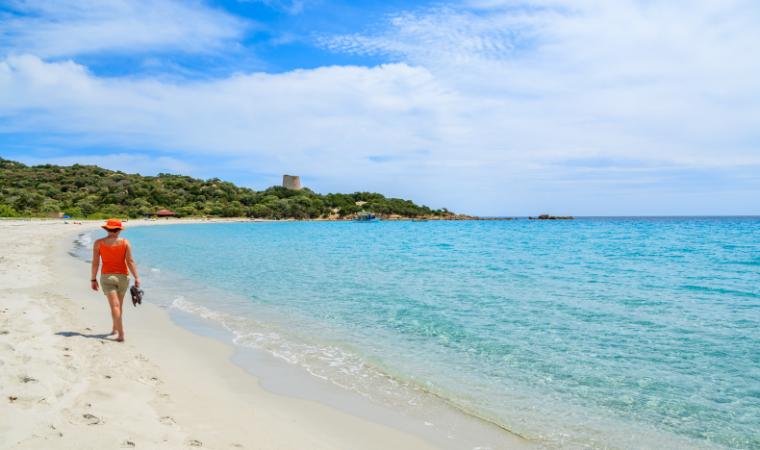 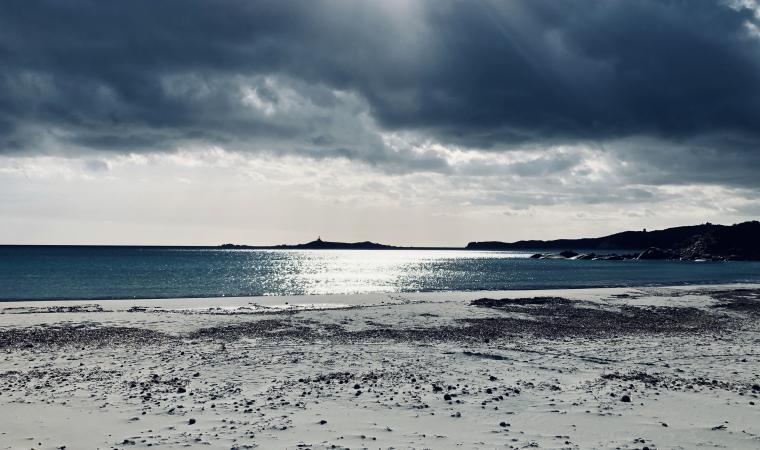 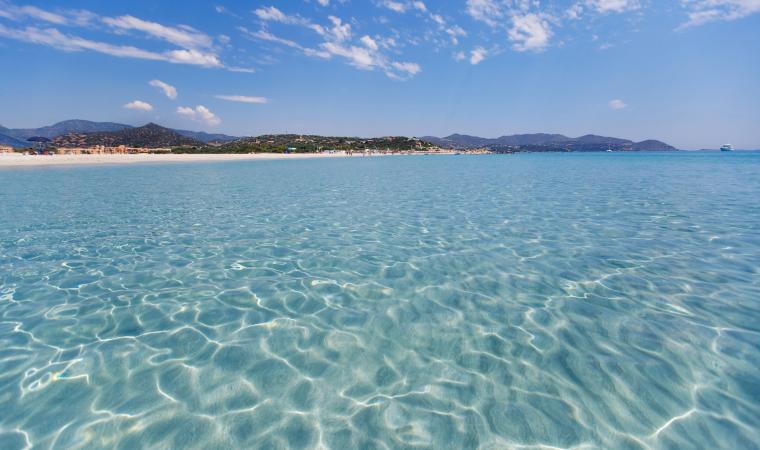 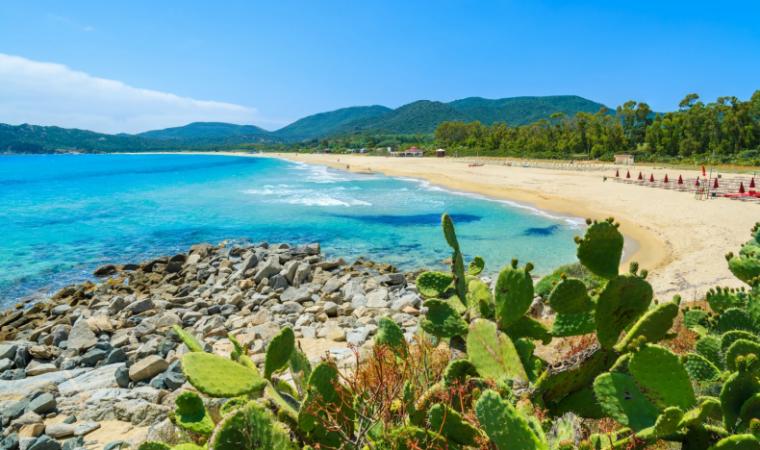 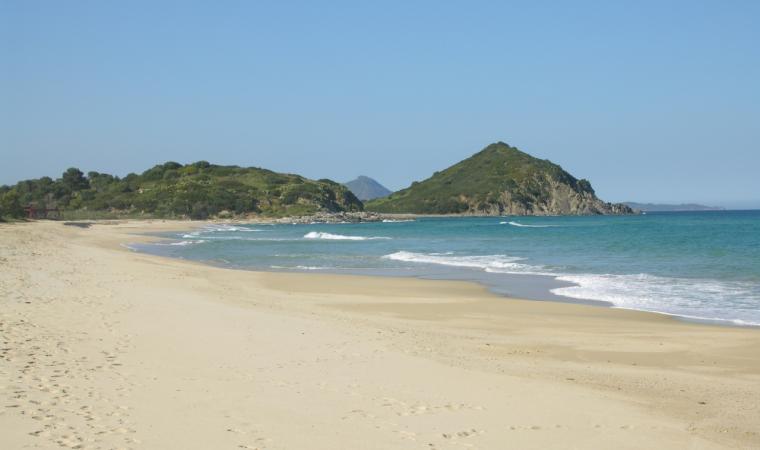 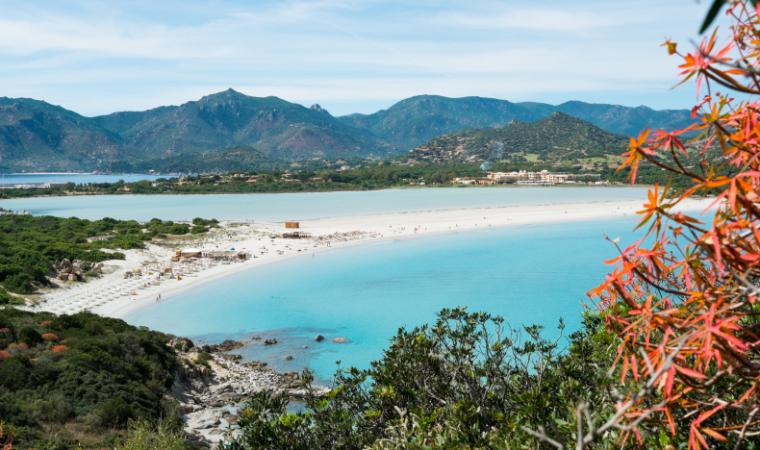 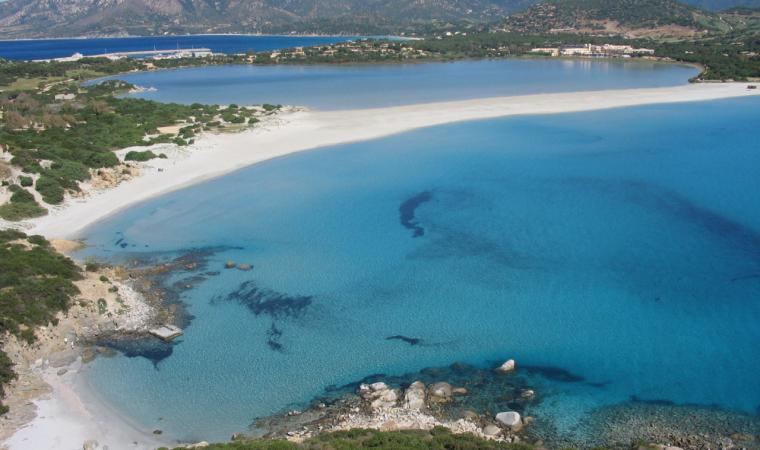 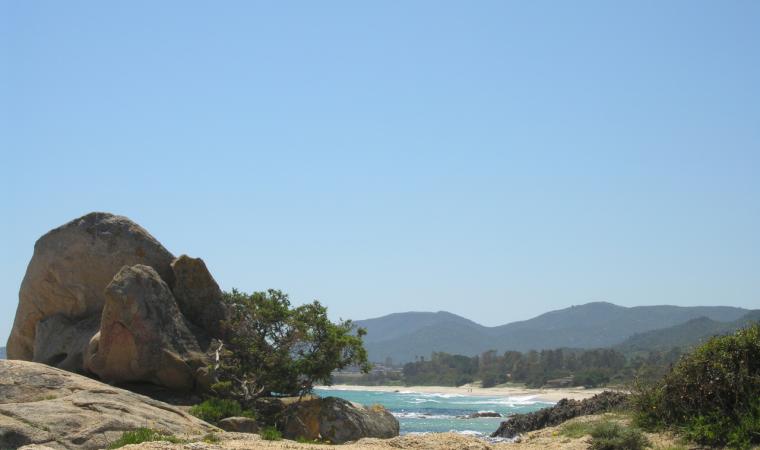 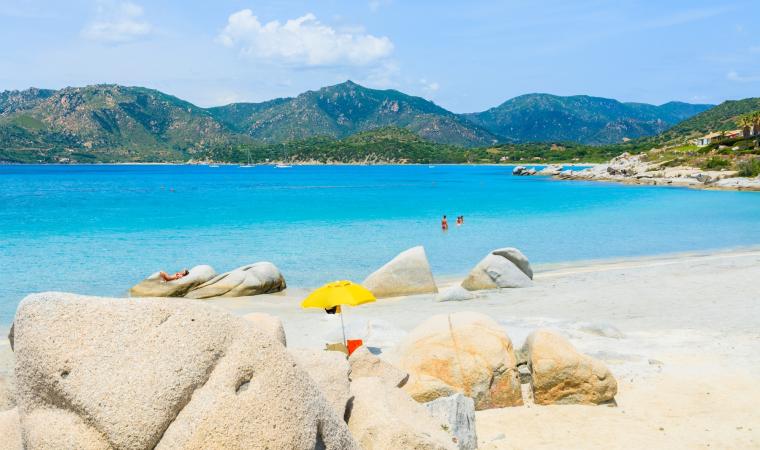 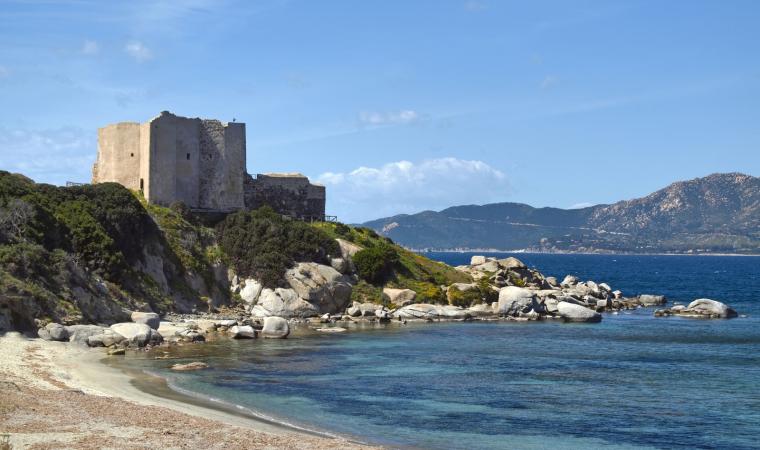 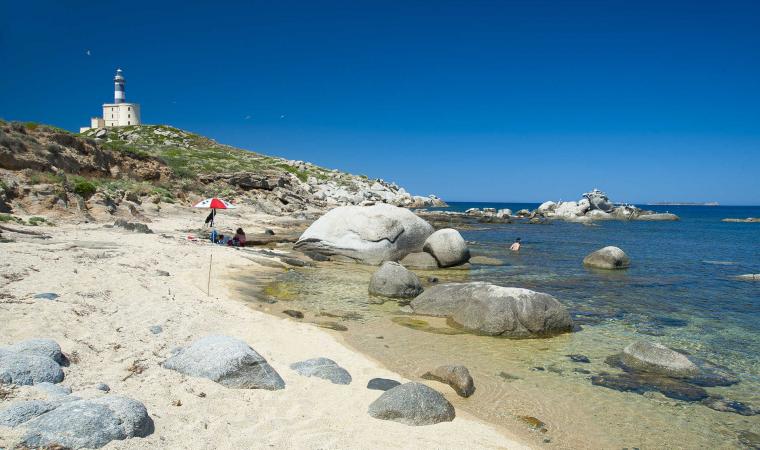