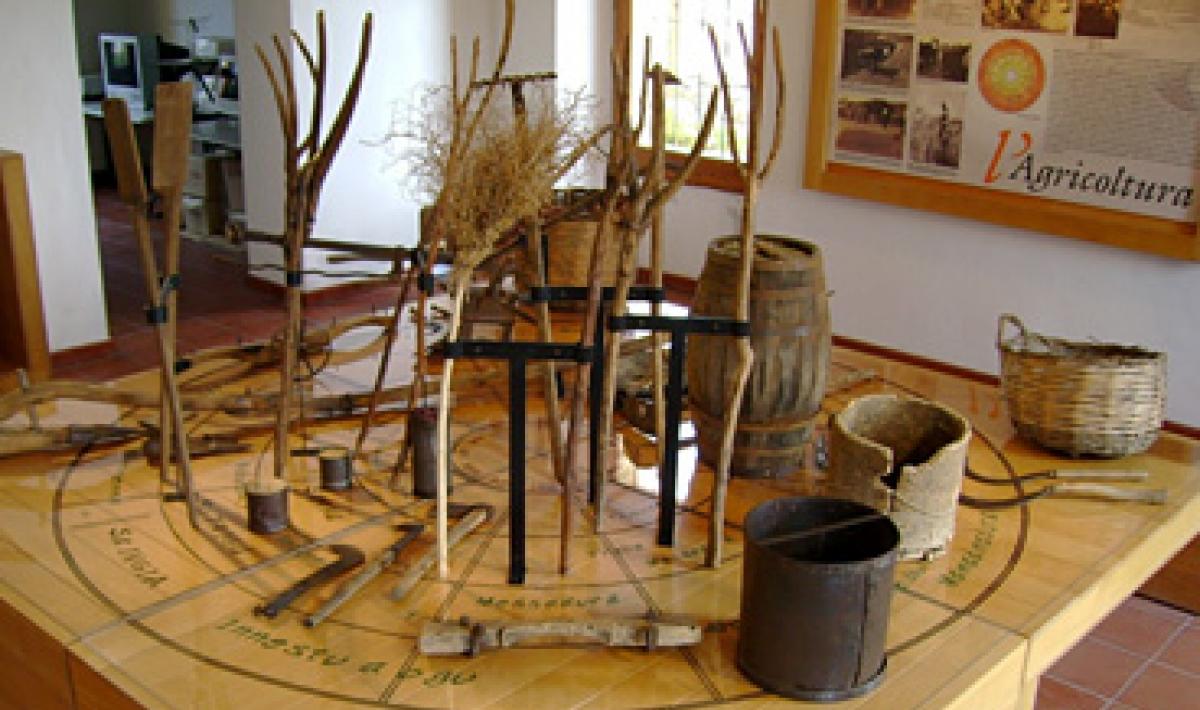 The heritage attractions of Armungia include the Museum 'Sa Domu de is Ainas' (the home of craft tools) together with the Bottega del Fabbro, which displays the tools once used by the blacksmith, and the 'Emilio and Joyce Lussu' Museum, which traces the lives and political and literary activity of Lussu and his wife, not forgetting the Armungia Nuraghe, which is accessed directly from the museum.

'Sa Domu de is Ainas' is hosted in the old town hall, built in the mid 19th century, formerly the seat of the Monte Granatico (the grain bank) and the elementary school, where Emilio Lussu too was a pupil. The museum has four halls: the exhibits are explained and set in context by explanatory boards, with historical information and extracts from period documents and photos. Multimedia stations and visuals enrich the museum experience. The 'Folk Costume Hall' displays the traditional clothes and jewellery from Armungia dating back to the last 20 years of the 19th century. The 'Hall of Women's Crafts' is devoted to traditionally female arts such as flax and wool spinning and handloom weaving, and bread-making, especially of 'su pistoccu', a traditional summer bread from the Gerrei area. Some key exhibits are the wooden handloom and the donkey-pulled wheat grindstone. The 'Farming Hall' has a large wooden solar calendar placed on a platform, describing in the Sardinian language the work phases linked to growing wheat, barley and grapes, with each period of the year accompanied by the relevant farmers' tools. The 'Handicraft Hall' focuses on the farrier's work ('su ferreri' ): the shoeing of beasts of burden and the production of iron tools for farming and animal husbandry were key activities in the traditional life of Armungia. This section is completed by a visit to the 'Bottega del Fabbro', the blacksmith's workshop, reached along a route that from the museum winds through the streets of the historic centre. The 'Hall of the Territory' describes more key themes in this small community's life: the relationship between the village and its countryside, the different spaces and areas within the village, the architecture of the traditional homes. the pastoral economy and cheese-making. the traditional wood charcoal production. hunting and fishing.

The museum provides an in-depth view of the traditional life of a Sardinian farmers' and shepherds' village, exploring both the daily life and value system of the community. The most impressive exhibit is a large solar calendar describing, with texts in the Sardinian language and work tools, the phases of the farmers' work in the fields.