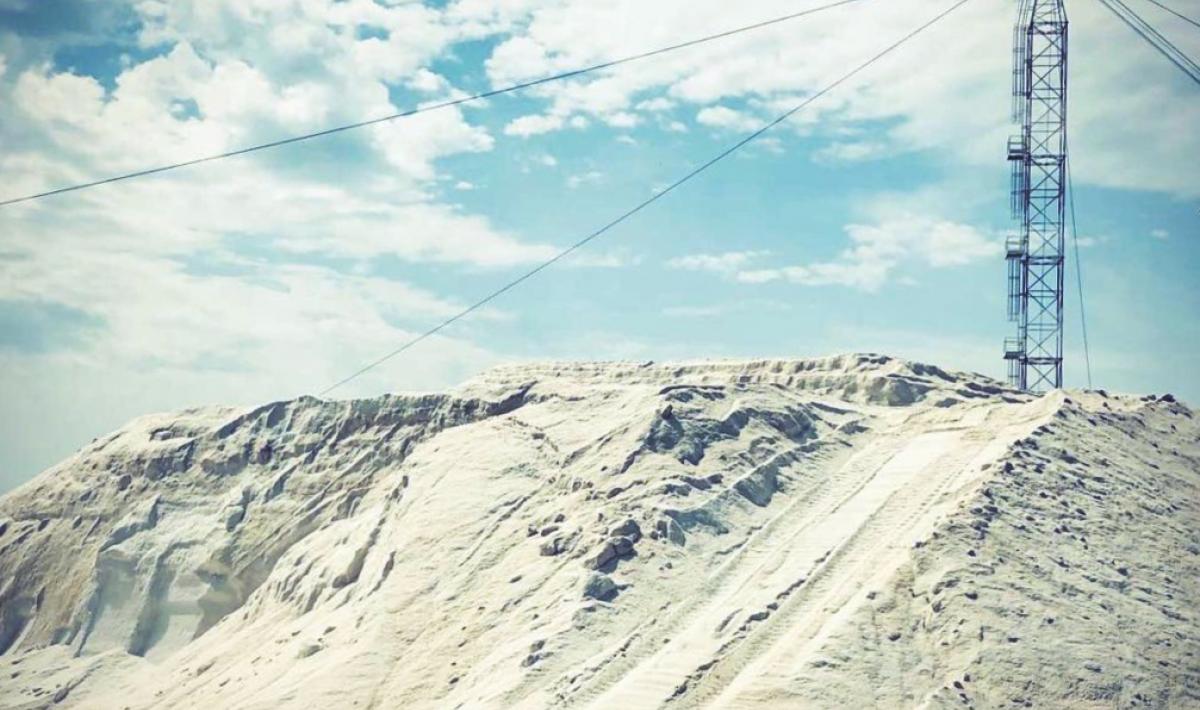 A monument of industrial archaeology inside an active plant, immersed in a natural oasis, just outside Cagliari the story of a century of the history of salt
© OpenStreetMap contributors

Amidst mountains glistening in the sun, the green of the Mediterranean maquis and pools as pink as the flamingos that nest there undisturbed, stands a model of industrial efficiency, where man and nature have lived in harmony for almost a century. The modern plants still in operation coexist with the memory told by the factories and machinery of the past, perfectly preserved and turned into a museum alongside the management offices furnished in Art Nouveau style and the buildings of the 'citadel of salt'. In these parts, work has never stopped since 1931: the Conti Vecchi Saltworks have withstood war and industrial crises and cover 2,700 hectares next to the Macchiareddu hub, set in the Santa Gilla lagoon, between Assemini, Capoterra and Cagliari. The oasis was redeveloped and opened to the public in 2017 thanks to a partnership between the Italian Environmental Fund (Fai) and Syndial-Eni. Within the factory, tours of the industrial archaeology site are accompanied by salt farming, which is unique in Italy.

It all began in 1921, when the Cagliari pond was a malarial swamp. The Florentine engineer Luigi Conti Vecchi, former director of the island's railways and a general returning to his beloved Sardinia from the Great War, was granted the concession for the area to reclaim the pond and set up a colossal saltworks, but the business was actually carried on by his family - first his son Guido, then his son-in-law and grandson. From an unhealthy area on the outskirts of Cagliari, a thriving, cutting-edge, eco-sustainable and self-sufficient industrial reality was born, employing over a thousand people and producing 250,000 tonnes of salt a year, which was also exported abroad. The ambitious project also gave rise to a township with an infirmary, church, shop, recreational and leisure facilities. Families of owners, managers and workers lived there together, their children went to the same kindergarten, even weddings were held in the saltworks and meals in the canteen were free. Each house had a bathroom - rare in those days -, a chicken coop and a vegetable garden. This is why the Conti Vecchi saltworks and village are a unique case in the island's working-class history. Nothing remains of the houses, built of ladiri (mud and straw bricks). The buildings that housed the owners and employees remain standing. A slow decline accompanied the changes of ownership in the 1970s. The turning point came in 1984 when the complex was taken over by Eni, which began the redevelopment process through Eni Rewind (formerly Syndial), later completed by Fai.

The two-hour tour includes a museum, industrial archaeology, modern plants and a bird sanctuary. The first part takes place in the historic premises, where time seems to have stood still: the management offices, workshop and chemical laboratory, where the women worked, have been restored to their original appearance, as they were in the 1930s, with machinery, tools and archive documents. The accounts department preserves typewriters and comptometers (the ancestors of calculators), records, registers and payrolls, while the technical department houses models for spare parts. The salt machine never stopped: until 2003, the missing parts were manufactured in the workshop, the 'heart and brain' of the saltworks. The voyage back in time is accompanied by fascinating video narratives: one in the former carpenter's workshop illustrates the salt cycle and natural aspects; a second in the workshop tells the story of the second largest saltworks in Italy. Outside the old halls, production - 400,000 tonnes a year - is revived through high-tech processes, destined for food, de-icing roads and detergent and cosmetics companies. The second part of the visit to the 'world of salt' is a seven-kilometre tour on a small train, accompanied by stories from the driver-guide. The itinerary winds its way through evaporation basins, salt flats, white salt piles and glasswort meadows. The flats are home to tens of thousands of water birds. The masters of the house, however, are the flamingos: their permanent colony comprises some ten thousand specimens.

Discover a living painting where all the colours blend perfectly, a place where the history of the Sardinian economy, cultural aspects and natural features come together 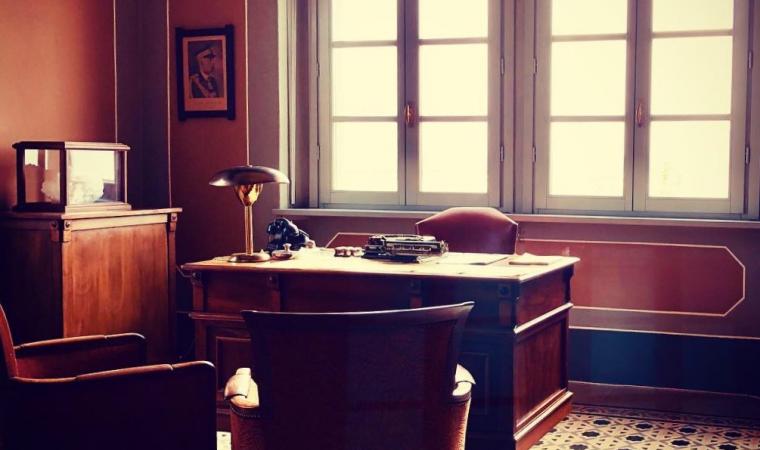 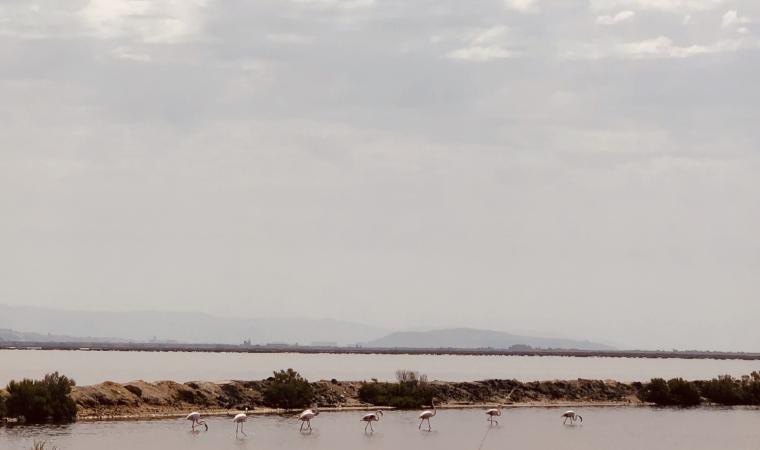 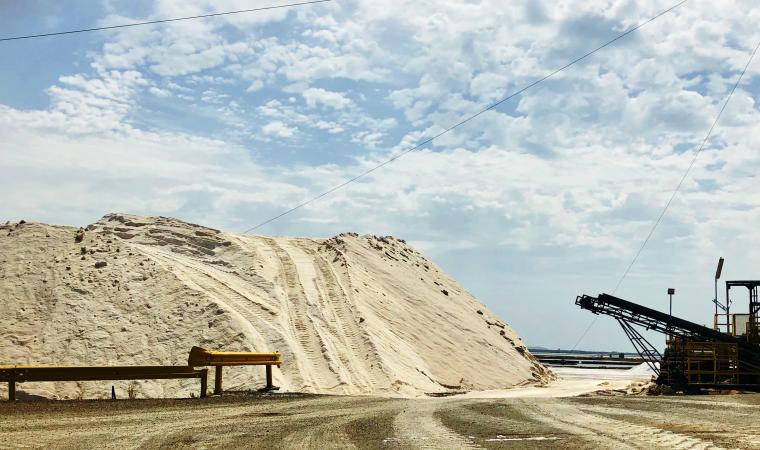 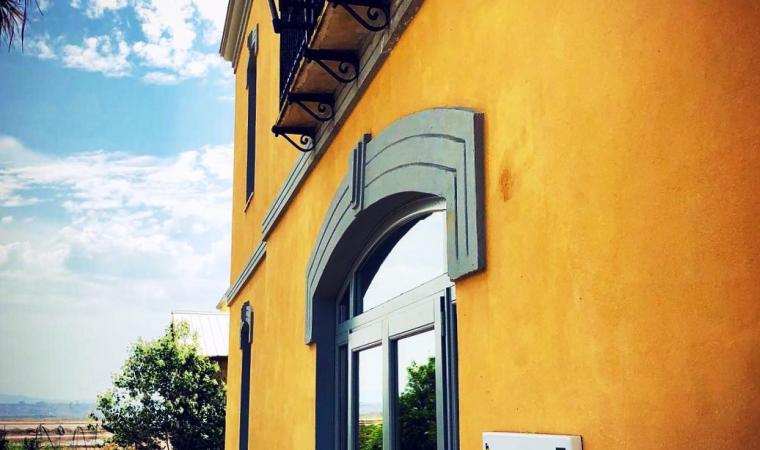 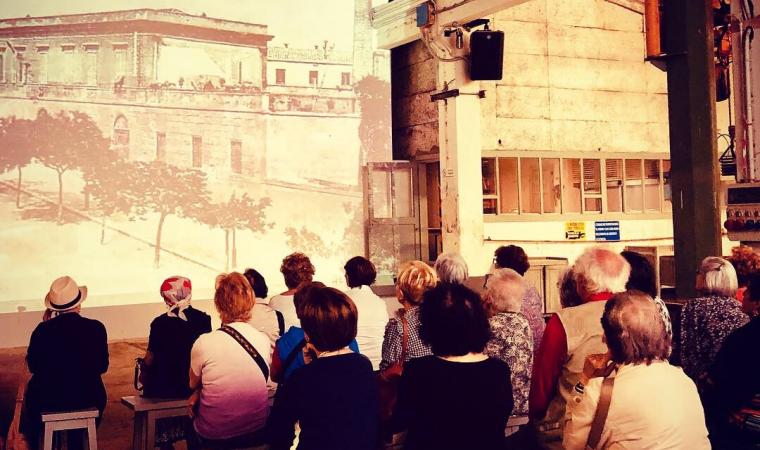 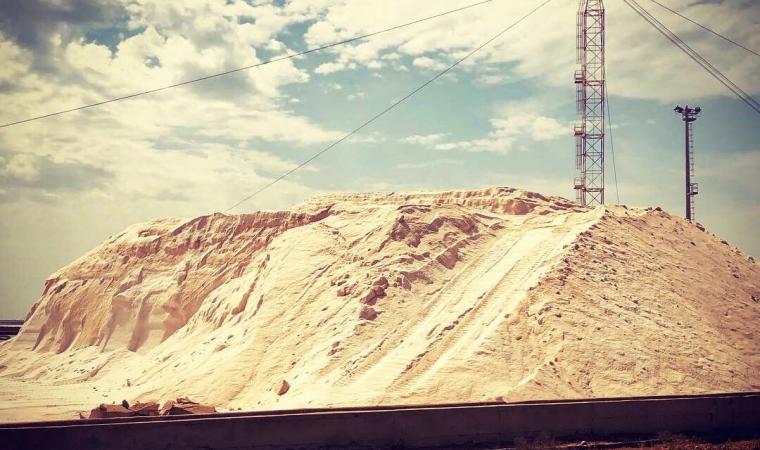