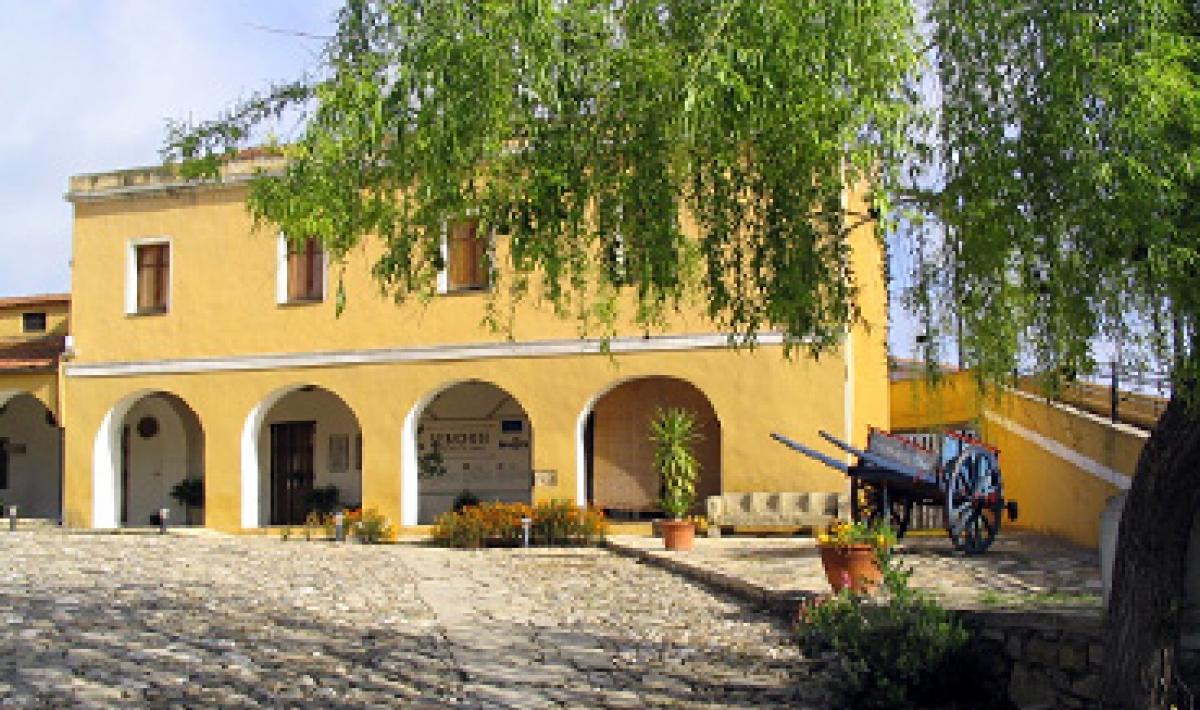 Senorbì is a cradle of civilisation: in its territory, in the centre of southern Sardinia, you can admire ‘open air museums’, with their exhibits kept in an early 19th century dwelling
© OpenStreetMap contributors

A necropolis rich in grave goods, the traces of the village it depended upon and a modern museum in which artefacts from the two sites are kept all tell the story of how prosperous the Punic community that settled in the silent hills of Trexenta was and how it had a profound impact on a territory inhabited since prehistoric times that, after Punic domination, became the ‘granary of Rome’. The settlement came to be at the end of the 6th century BC. on the Santu Teru (Teodoro) high ground, two kilometres from the current municipality of Senorbì, near the confluence of two torrents, in a fertile and strategic area. This place has been inhabited since the Late Neolithic period, as is demonstrated by fragments of decorated pottery and obsidian objects from the 4th millennium BC. The site was an outpost of Carthaginian penetration and, following the conquest of the island, it developed between the 5th and 3rd centuries BC as a thriving agricultural centre. Today, you can see the ruins of the Acropolis surrounded by a curtain wall and, on the outside, the remains of houses and other environments, such as foundry workshops perhaps. The inhabitants of Santu Teru were buried in nearby necropolises, a few dozen metres from the town, on the slopes of Monte Luna, where more than 120 tombs have been identified, mostly ‘well tombs’ with burial chambers on the sides containing one or two deceased people. On the floor of the hypogea, votive dishes have been made as well as recesses on the walls, on which you can also observe traces of murals painted in red ochre, showing geometric and linear designs. The cemetery also contains ns 'pit' tombs and simple ‘earthy’ tombs (the most ancient), 'cassone' tombs, burial recesses and enchytrismos tombs (in amphoras), for children. The shallower graves were marked with memorial stones or tumuli. The grave goods tell the story of a rich civilisation, one of well-being and progress: amphoras, jugs, plates, ointment jars, pots, lamps, coins, as well as Egyptian-inspired items and others imported from Greece and central Italy (4th-3rd century BC), which confirm the trade that took place with the central-eastern Mediterranean. In particular, the gold and silver jewellery bear witness to the splendour of the community: rings and pendants with beetles mounted in them, bracelets, necklaces, diadems, a large number of amulets made of different materials and bronze trinkets. The village was abandoned in the 3rd century BC. Later on, Monte Luna represented the most important village in Roman times. The grave goods and other artefacts from the archaeological park are on display at the sa Domu Nosta museum, located in a 19th-century ‘courtyard’ manor house of the village. The exhibition halls document the continuity of the settlements from the Late Neolithic period to the Middle Ages in the territory of Senorbì, including the Nuragic period, with artefacts coming from the impressive su Nuraxi of Sisini and the remains of the nuraghi of Simieri and mount Uda. A famous artefact found near the village is the miles cornutus, a bronze statuette portraying a warrior with very long horns on his helmet, kept at the National Archaeological Museum in Cagliari. Completing the exhibition, there is an ethnographic section. In addition to sa Domu Nosta, other ancient dwellings embellish the main town of the Trexenta region, a ‘dense’ tangle of narrow streets, within which there is the parish church of Santa Barbara, the seventeenth-century church of San Sebastiano and the church of Santa Mariedda, built at the end of the 13th century as a sanctuary of the villa of Segolay.

You can admire an extraordinary and precious 'treasure' found in a large necropolis, evidence of the prosperity of the Punic civilisation that settled in the hills of Trexenta