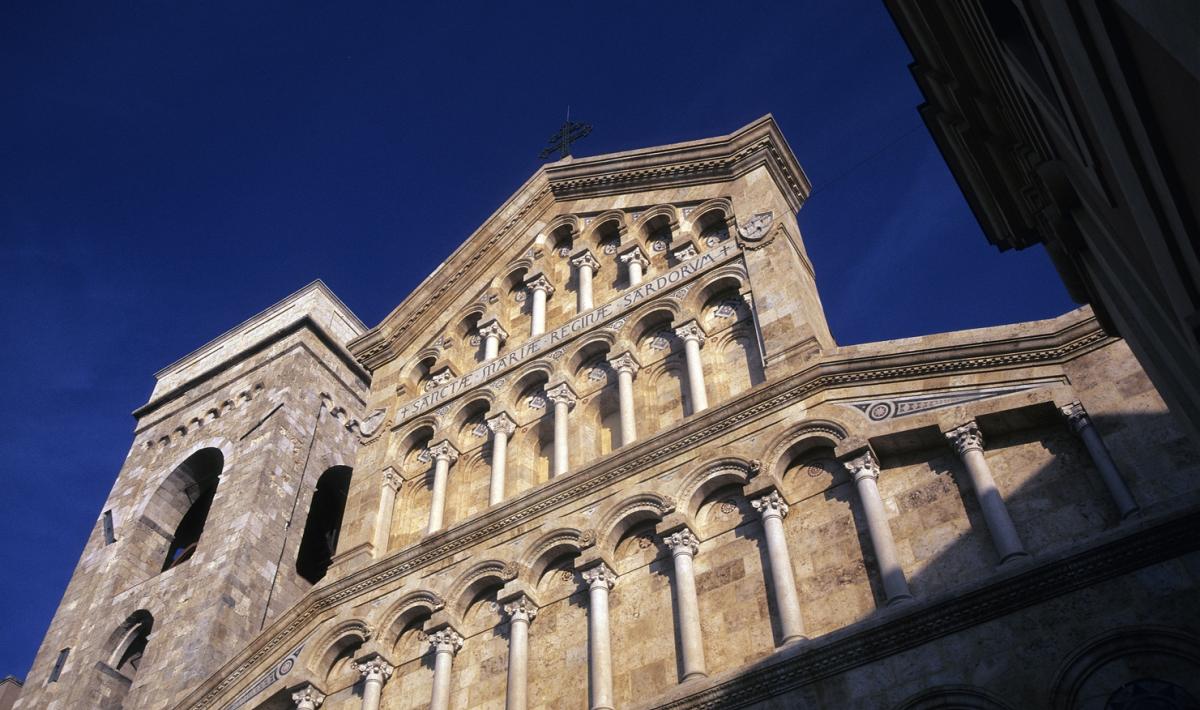 In the heart of the Sardinian capital lies the most important and famous monument of the Castello neighbourhood, a piece of history: the cathedral of Cagliari, erected in the 13th century and restructured several times, a place of worship as well as the centre of political life

When you fly into Cagliari, it is impossible not to notice its cupola. The cathedral of Santa Maria, the place of worship that is the symbol of the city, together with the basilica of Bonaria, stands out in the Castello neighbourhood its majestic bulk, flanked by Palazzo Regio and the ancient Palazzo di Città. The church is 35 metres long, 34 metres wide and 32 metres high, and was built with gothic-Romanesque forms. It was first mentioned in 1255: its patron saint was Saint Cecilia (it was later assigned to Santa Maria). Between the 13th and 14th centuries, it was expanded, but its current appearance is the result of Catalan-Aragonese interventions that lasted four centuries. The baroque marble façade dates back to 1704, inspired on the cathedrals of Lucca and Pisa, was dismantled in the vain hopes of finding the medieval façade beneath. It was replaced by a neo-Romanesque marble structure in 1931.

Its baroque shapes date back to works carried out between 1669 and 1674: the central nave was augmented and support pillars were built to support the new, higher roof and the famous cupola. The works have given the Duomo a slander physiognomy, enhancing its majestic appearance. Of the original Pisa construction, the belfry, counter-façade, perimeter walls of the transept and the two side portals are all that remain.

It has a Latin cross plant: three naves and transept, marble floor and chapels enriched with works such as silver tabernacle and the Sacred Thorn. Leaning against the wall of the central nave sits Guglielmo’s pulpit, sculpted for the cathedral of Pisa and later transferred to Cagliari (1312). Another very valuable piece is the Madonna col Bambino (The Virgin and Child), a golden wooden sculpture (14th century), the silver lamp by Giovanni Mameli (1602) and the paintings on the central ceiling, by Filippo Figari. Beneath the alter lies the Sanctuary of the Martyrs, a crypt dug into the rock (1618), which preserves 192 relics, distributed in niches, the works of master craftsmen from Cagliari and Sicily. The sacristy preserves the treasure of the cathedral: in particular, the Triptych of Clemens VII, attributed to a Flemish workshop (15th century), the Retablo dei Beneficiati, a creation of Neapolitan artists, and the marvellous paliotto by Palermo silver artists.

Let yourself be hypnotised by the beauty and majesty of the most important place of worship of the historical centre of Cagliari, by the colours on its marble floor and the countless works of arts it contains 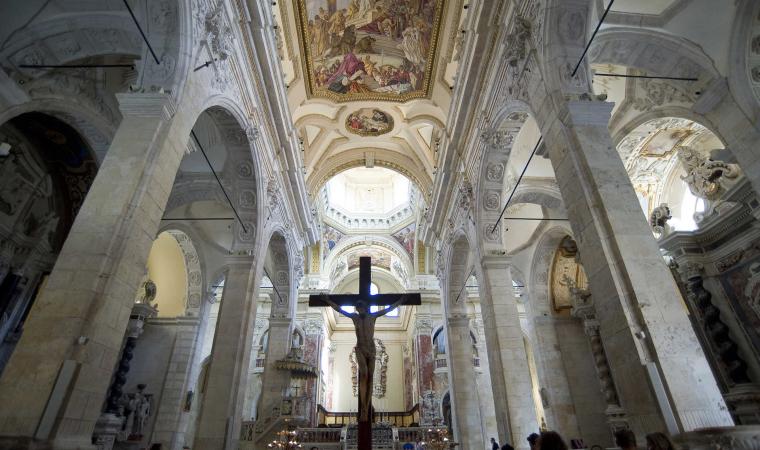 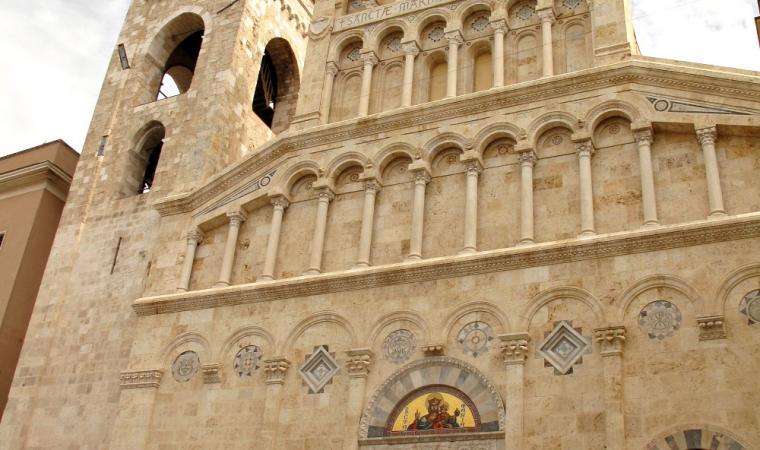 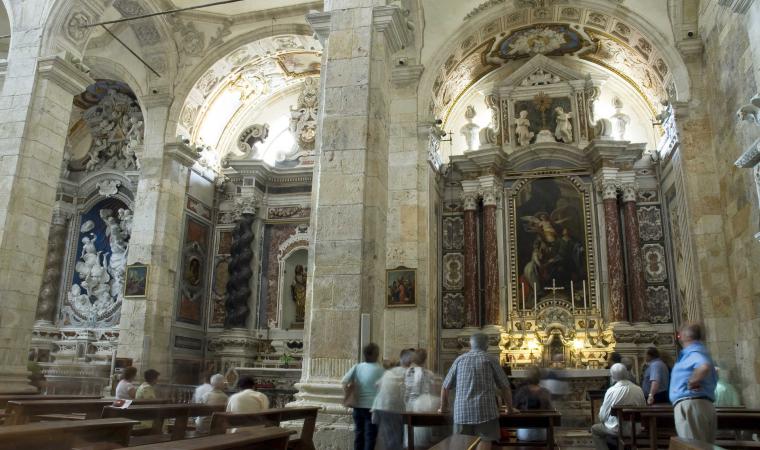 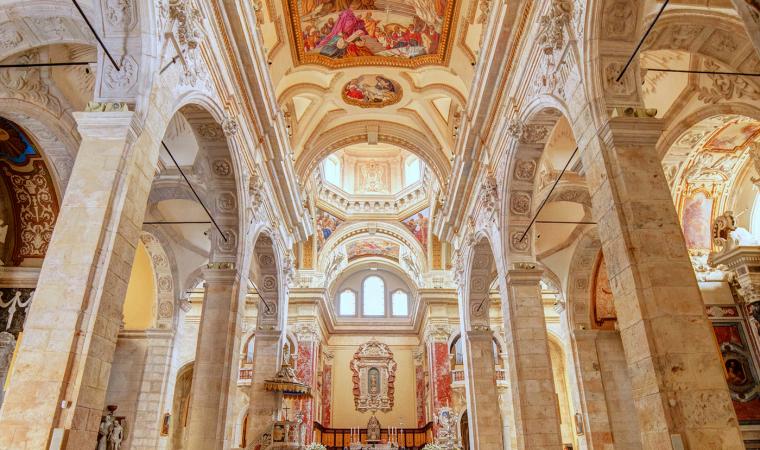 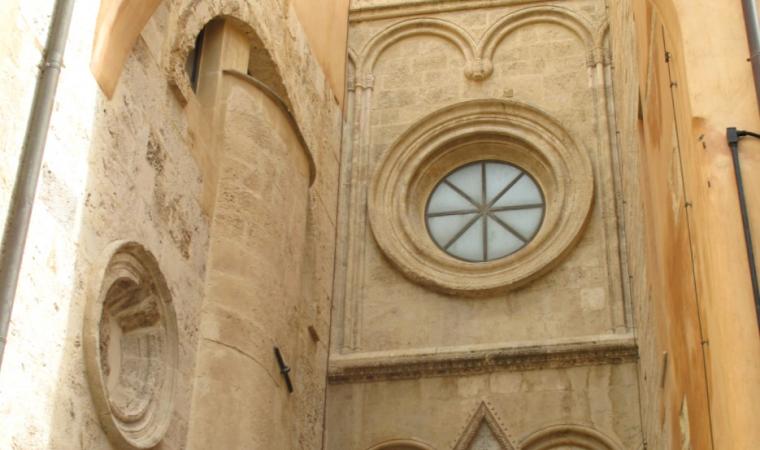 Free admission
Do you like this place? Cagliari and Villasimius could be your ideal destinations.