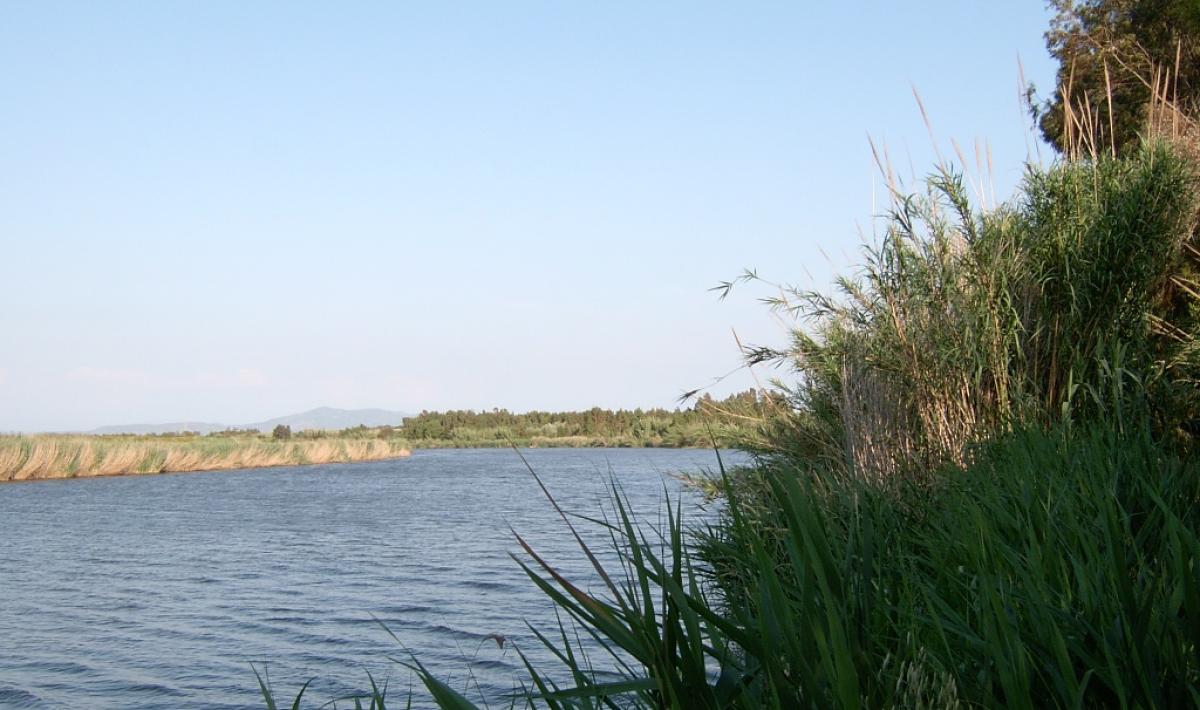 A small municipality on the edge of the splendid Sinis peninsula, near the central-western coast of Sardinia, famous for Vernaccia, a special dessert wine
© OpenStreetMap contributors

It is located in the Campidano di Oristano region, approximately ten kilometres from the regional capital and from the coast, where the uncontaminated beaches of the Sinis peninsula stand out. Baratili San Pietro was simply Baràtili until 1864, after which the reference to the patron saint of the village was added. The patron saint is celebrated at the end of June. The parish church of San Pietro, with a Latin cross layout and a bell-tower covered by an onion dome, is the heart of the village mentioned, in the form of Oiratili, since the mid-12th century. Today, it has approximately one thousand 300 inhabitants and is well-known especially for Vernaccia, a native grape variety (typical of the Oristano area) that dominates the surrounding level landscapes from which a full-bodied and delicious white wine is produced by hand, ideal as an accompaniment to savoury dishes and desserts. A not-to-be-missed event is dedicated to this special wine production at the beginning of August: the Vernaccia festival (bringing the celebration of St Salvatore to an end), with wine-tasting accompanied by typical local dishes. Baratili has unique (and exquisite) dishes based on lamb and rabbit, flavoured with the local wine. In early May, another event not to be missed is the asparagus festival.

The place name is most likely to have a Pre-Roman origin: the territory was densely inhabited from the Phoenician era, of which the maximum expression in the area is the ancient town of Tharros. In the Middle Ages, the village belonged first to the Giudicato of Arborea and later, from 1410, it was the villa of the Aragonese domain in Sardinia. It is probable that the village, in modern times, was attacked multiple times by the barbary pirates who frequently penetrated the Campidano area to carry out raids. In the 17th century, because of several calamities, it risked becoming deserted. In 1767 it became a part of the marquisate of Arcais, which had formed along with the territories that were already part of the marquisate of Oristano. Between 1927 and 1945 the Municipality was annexed to that of Riòla (today Riòla Sardo) and later became independent again.

In a little village near the central-western coast, don't miss out on some Vernaccia wine tasting, accompanied by other local delicacies